Dear Praying Friends,
Because of bronchitis and a touch of walking pneumonia, I had to cancel our scheduled baptism. By the next Sunday, I had recovered sufficiently, but a weekend storm was producing 12 to 15 foot waves, so baptism in the sea, as we normally practice, was not going to be possible.  As an alternative, we contacted the hotels in our city with indoor pools, but were turned down by every one. That is, until the last hotel informed us that we could use their Olympic sized swimming pool for our baptismal service! (This was a miracle, because public officials and businesses usually shy away from being associated with Baptists since the influential Roman Catholic Church falsely identifies us as a “cult”.)
There were 23 in attendance that Sunday morning standing on the edge of the pool as I baptized our newest member. This Portuguese young man was gloriously saved six months earlier, had completed the new members’ class and had given his testimony of salvation the week before at church. Now, as a public testimony of his faith in Christ, he followed the Lord Jesus in scriptural baptism. Both he and his wife joined our church and are expecting their first child in the new year. We praise the Lord for our newest members and for the Lord adding to His church!
Praising God for victories, 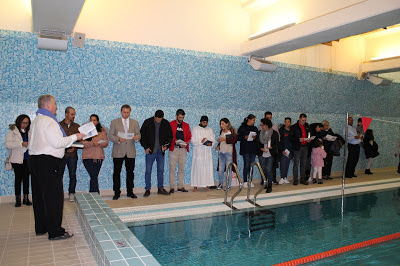 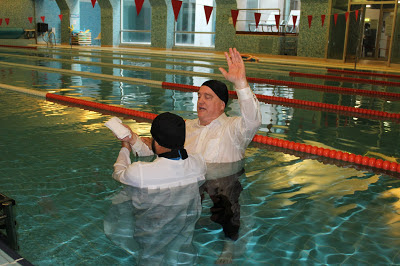 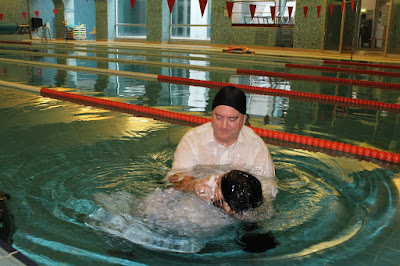 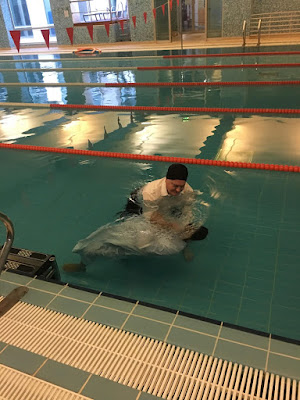 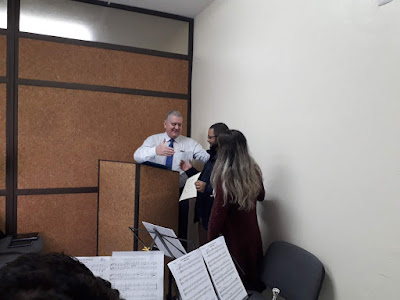 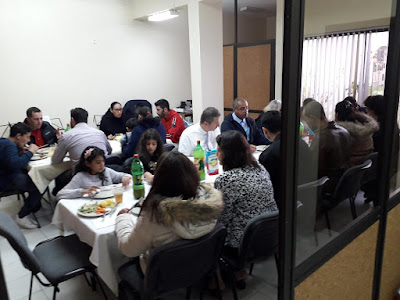